Can you help identify this license plate? Community Challenge. Win a Free Camera

Hello Community! We have a little challenge for everyone out there. Its an opportunity to help a fellow community member…

A member of the community was involved in a hit and run accident. Can you believe it?? Someone hits you then takes off.

Luckily, @Daves10 has a yi dash camera! Captured the whole thing. But, as you know, quick moving video footage can be hard to clearly make out.

If anyone can help identify/read the license plate, you’ll get a free camera out of it!

Here is the original thread. Introduce Yourself! 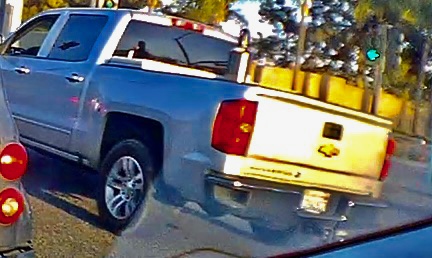 Unless there is a better snap of a still from the video you’re not going to get a plate from that.

As one said to me years ago regarding a similar request, it’s not like the movies. If its not there you can’t make it.

Hence why posting the actual video footage might help. That’s a screenshot from it which never are the best

Yeah the video would be best. I don’t know if @Daves10 has seen this yet but if you do… post a video. If someone solves it, you both will get a free camera 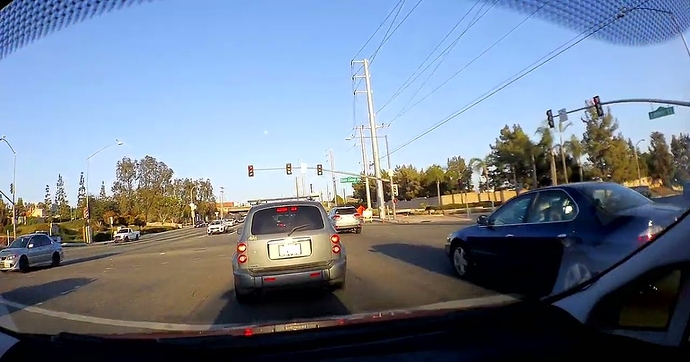 It’s the Silver-metallic Chevy Silverado that hits me. The truck has a toolbox and a welding tank in the bed.

Between 1.30 and 2.05 on the video is what you’ll need to see. The truck can be seeing driving off around the 2 minute mark. Thank you all

I hope the video can get downloaded and be seen.

Any takers out there??? We have the full video clip. Identify the license plate, win a free camera!

Was the video able to upload? I don’t know if it was too large of a file. It is working fine on my end. Just to give you all the full story. I did hit the driver in front of me and thought the truck was going to pull over where the construction cones were but he jumped onto the freeway so I tried to catch up. The driver in front of me did follow me and we exchanged information. That driver and the passengers are good. A little damage on their rear bumper but they are good. Let’s find this driver before they hurt anyone else. Thank you.

Yes I have viewed it many times. But o cannot make out the characters on the licence plate. Sorry

Yes it’s clear what you have described on the video footage. I would recommend going to the police with that material.

I wanted to make sure I didn’t post material that couldn’t be viewed. I appreciate you taking the time to go over the video. I have gone to the police but this happens more often than we think so it’s nothing to them. It’d be nice to hold people accountable so they think twice before doing something like this to others. It hits them differently when it happens to them.

@Daves10 have you contacted the police? It sounds like we aren’t going to have much luck from our everyday forum members

I am sorry that we couldn’t be of more help. Maybe the police can provide some insight, do some old fashioned police work, boots on the ground sort of thing.

Any other feedback from the forum? We appreciate all the help so far

Yes, a Police report was made. The Officer said they get a lot of hit-and-runs. They have bigger things to take care of. The city’s intersection cameras don’t save the footage and are mainly there to monitor traffic. I’ll continue to utilize my resources and eventually learn how to edit the footage. I’m still researching what software works best with these dash cameras. Somewhere down the road, someone may reach out to me for help and I want to be able to help them.

I am glad to hear that a police report was filed. Unfortunately, that doesn’t surprise me that their are a lot of hit and runs. I have been in one before, myself. Same thing, contacted the police and no follow-up after that. As you said they have bigger things to take care of. Luckily with filing a police report you’ll be able to take the next steps with insurance.

Good luck! If anything comes of it or if there’s anything we can do to help. Please let us know!

Yes. It sucks that it was another wrong place, wrong time kind of thing. Then to have it on camera, have witnesses but still be empty handed.

Would you know of any video/photo editing apps that work best with your cameras? I appreciate you sharing these with the community and making it a challenge for them. That was really cool and nice of you to do that. I don’t know you personally but I’m grateful for that. Thank you.

I think the issue here is, and it’s like @Brian commented previously about this, if the camera didn’t pick it up cleanly then with all the best software in the world it is just not possible. It is a shame the other driver was on the side of the camera and not directly in front. In addition he appears to have been travelling at some speed.

I tend to think that people who do this, it isn’t a one off and eventually their ‘luck’ will run out.

Given the lack of clarity in the video as well I would doubt if the police could bring this person to justice.

Have you considered getting a dashcam for your rear window as well?

Nice suggestion. That way, your entire view is covered and this definitely would have been caught with a rear view dash cam. If you’re interested in adding a rearview dash cam, send me your location and email address. Also, preferred marketplace of purchase. I will get a discount code created.

thanks for all the feedback forum!