There was an altercation between two individuals who pulled into my driveway that was caught on a Yi 1080P Camera in my porch. Upon reviewing the footage I thought I heard something strange in the audio. A female voice can be heard saying, “Steps are being taken and the cops are coming”, in a somewhat muted voice. After checking all my other camera footage which covers the entire property there was no other individuals present other than the two in the altercation. Here is a video clip with the voice being heard in it. 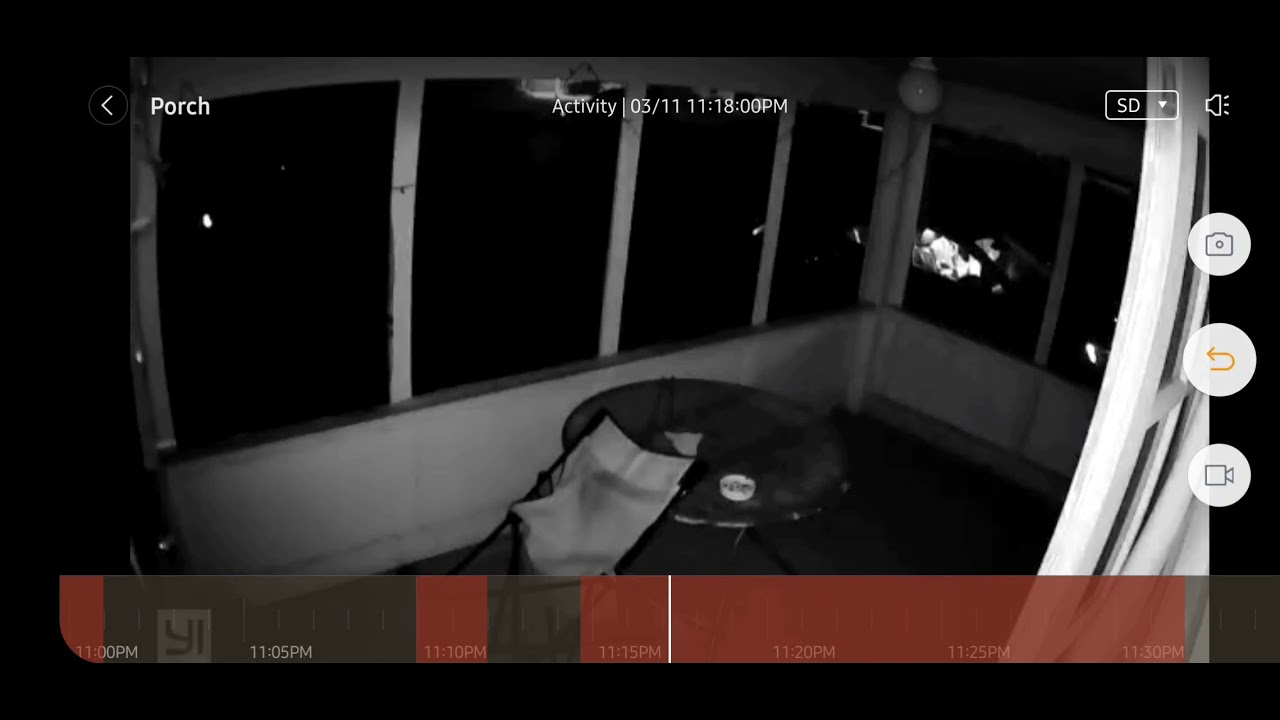 My question is this, was this the camera talking? This may sound asinine, but it beats my girlfriends explanation that it was a ghost. I researched extensively and found that Yi has partnered with Noonlight who provides emergency services responses when altercations or other emergencies are detected on footage. That being said I was not a cloud subscriber at the time, so there was no possibility of an emergency response subscription.

The footage was pulled from an SD card in the camera. I’d like to get to the bottom of this and hopefully not have to rethink my extreme skepticism of voices coming from the beyond.

Hello and welcome to the YI forum. I am going to loop in my learned friend @Steven_Kami to understand or investigate what this might be. I listened a few times and could just about make out the soft tones of the person saying what you quoted. I’ll admit it was quite testing to hear amongst the quite loud lady who clearly appears unhappy with the world!

It is bizarre that this was said. I also would not think that the partner Emergency Response would call law enforcement “cops” but I guess different cultures and all that. Given that, you said you was not signed up to that programme.

This is an interesting one and I am sure @Steven_Kami will weave his magic (pardon the pun! sorry!) and get an understanding of this event. I’m sure there is an explanation rather than relying on the supernatural world. Mulder & Scully (Remember them?!) optional …

I have a set up with my cameras (not that I have had to real life use yet) where if there is something like that I have another device that monitors for certain factors I then have a a siren what goes off and lights will flash. It’s interesting to play it on October 31!

Thank you for coming to the community! What a straaaange one thing indeed that is.

understandably so. That would freak me out too. Our noonlight or monitoring systems require an action on the users part to initiate a response from emergency services. Even if you’re subscribed. They’re not periodically checking in on camera feeds or anything along those lines.

I watched it a few times and this is my best guess… There is an altercation happening outside, and it appears that one of those involved in the altercation are calling the police. This could be another party member informing the other that the police are on the way or potentially they are speaker phone with the police. If anything, it shows how impressive our microphones are at picking up such detailed sound

I figured it was a stretch to think it would be the camera. The wavering in the voice as well as the terms used do not fit what I think would have been used by any security company. I know for a fact the voice was neither of the two individuals involved in the altercation. My next best guess is it was a neighbor across the street which would be an absolutely amazing microphone to accomplish that. I do know the microphones are super sensitive as I can hear conversations in different rooms than where the camera is located. This one has really got me wondering!

Same here @slikweasel ! That is interesting. And, it has to be a neighbor calling or something. If it’s not someone involved… that’s the only thing that makes sense.